In December of 2012 Yazmin started experiencing pain in her left arm so excruciating it would restrict any movement.  After many visits to different hospitals she was diagnosed with  an inoperable cancerous tumor called Ewing Sarcoma.  She would lose her arm if they tried to remove the tumor.   Under her doctor’s advice they made the decision not to do surgery and started a treatment plan.   Further testing revealed more bad news.  There were also tumors in both lungs.   Yazmin had to  undergo chemotherapy, radiation, and a bone marrow transplant.  The family was devastated. 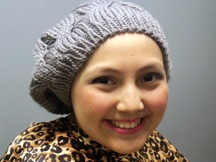 As you can imagine this was quite a bit for an 11 year old to comprehend but Yazmin will amaze you.  She can tell you in detail all about her struggles since before diagnosis with a big smile on her face.  As you read on you will be able to imagine just what Yazmin has gone through and maybe she will inspire the rest of us to never let life changing events change who we are and who we aspire to be.

In April of 2012 she started chemotherapy; in August radiation and by November she had a bone marrow transplant to be sure there were no more cancerous cells in her body. Her body was so weak due to the extensive treatment plan that she was unable to eat so they  also had to insert a feeding tube.

With a sparkle in her eyes Yazmin speaks about her special moments while being hospitalized – a visit from 4 Alabama football players, visits from her teachers and letters from her classmates gave her so much love and support. Two of the many gifts she received were a special quilt for her hospital bed which included classmates’ names on the back and an American Girl Doll made to look just like her, with a sweet bald head and wire-rimmed glasses.  She absolutely loved it!

In January 2013 test results revealed the tumors in her lungs were gone and the one in her arm was dead.  Little Yazmin was finally starting to feel better although she had to continue doing CT scans every 3 months and PET scans every 6 months.  During this time Make-a-Wish Foundation granted her wish to go to Disney World for the week of 4th of July. Yazmin, her mom (Rosa), her dad (Javier Sr.), and her brother (Javier Jr.) had the most amazing time imaginable!  It was during this time she was finally able to forget about her illness and enjoy her family as she did before her diagnosis.

They flew in from Florida on Sunday and on Monday she had a doctor’s appointment. It was then they received the devastating news the tumors were back in both her lungs and in her arm.  Everyone was heartbroken.  They immediately began more chemo but Yazmin started experiencing some problems so they had to stop the treatment.  Even though the tumors seemed to be shrinking her little body needed a break.

March of 2014 they did another CT scan and found the tumors were  bigger.  They have decided to go with a new experimental therapy in hopes to get rid of them.

Yazmin stays at the Ronald McDonald House every month and is able to walk back and forth to the hospital to receive her chemo.  She is able to enjoy the dinners provided by volunteers and the much needed rest at her home away from home.  She loves digging in Ms. April’s toy closet searching for art supplies as she aspires to be an artist one day. 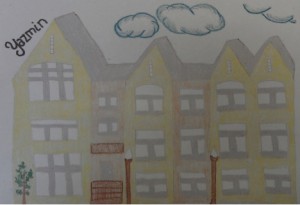 As you can see, Yazmin Amador is one of the strongest little girls you will ever meet.  Her smile is infectious and her heart is as good as gold.  She loves Mexican food, time with her family, and singing.  Yazmin and her family can’t thank her school, her community, the hospital, and Ronald McDonald House Charities of Alabama enough for all they do to help Yazmin get through this struggle in her life.

[Read more of our Family Stories]