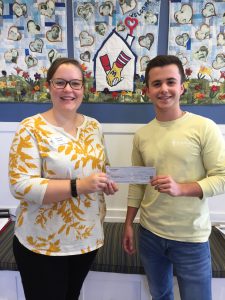 Ronald McDonald House Charities of Alabama is grateful to Alpha Tau Omega at UAB for their great efforts raising funds for us this fall!

The fraternity raised $800 through a series of events held the week of Halloween. For the first fundraiser, the members cooked and sold fresh pancakes on the campus green to students as they walked to class.

Then, they teamed up with sororities on campus for a pumpkin decorating contest. Students were encouraged to vote for their favorite pumpkin by making a donation. Then, the fraternity held a Cuts for a Cause day. Certain members asked for donations and if they met their goal, they shaved their heads!

“The Theta Phi chapter of Alpha Tau Omega is always seeking to give back to our community, and there is no question that the Ronald McDonald House of Alabama has had one of the largest impacts on families in need in the Birmingham area,” Hernly said. “Supporting them through a week of donations was the least we could do to help them continue making family’s lives easier.” 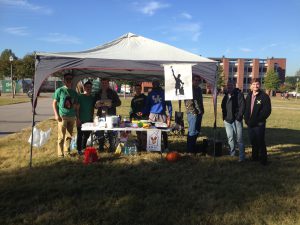 These events are even more special to us because Hernly’s family stayed at the Ronald McDonald House in Birmingham when his nephew had open heart surgery. He says his mother wanted to be close to the hospital to help Charles’ sister and brother-in-law, but was struggling with how to pay for a hotel.

“Had she not gotten to stay at RMHCA she may not have been able to stay for the length of the week which was incredibly important to her,” Charles said. “I remember her sense of relief when she got notified that she had gotten a room. She actually called me just to tell me she had gotten a room, it meant that much to her. It was like a weight lifted off of her shoulder so that she could simply focus on helping my sister and nephew, and to not worry about the finances the entire time.”

RMHCA appreciates Alpha Tau Omega’s efforts and hopes that their success inspires other groups to hold their own fundraisers. 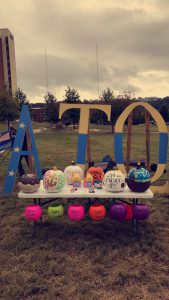 Visit our Community Fundraisers page for even more ideas and please remember to register your event with our staff!