The Ronald McDonald House Charities of Alabama Junior Board held an elegant night of fun that raised more than $30,000 for the charity. 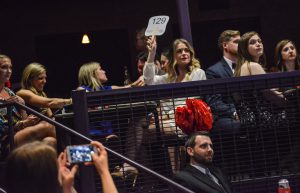 Attendees enjoyed dinner and drinks during a silent auction, then bid on one-of-a-kind experiences in a live auction. The Negotiators capped the night with live music.

In addition, eight of “Birmingham’s Brightest Stars” competed among each other to see who could raise the most money for RMHCA. They rallied their supporters before the event and then designed unique excursions to be auctioned off at Red Carpet Rendezvous. 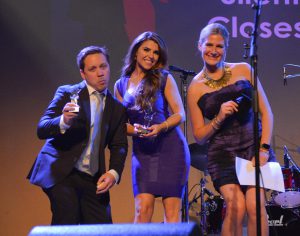 Shannon Byrd, a former NFL cheerleader, and Josh Snead, the star of the video series “SEC Shorts,” were the female and male “Stars” who raised the most money for RMHCA and were crowned

“Birmingham’s Brightest Stars.” Shannon raised $3,395 and Josh raised $2,261. Congratulations, and thank you, Shannon and Josh for your efforts! Shannon’s live auction excursion included a private helicopter ride to Atlanta, a private dinner and a VIP trip to a New Orleans Saints game complete with field passes, game tickets and an autographed football. Josh’s live auction package included a spot in an upcoming SEC Shorts video and a private dinner at EAST/WEST in downtown Birmingham.

Thank you also to our “Stars” for going above and beyond to support our mission: George Constantine, Leah Drury, Josh Snead, Meaghan Thomas, Richard Danner, Shannon Byrd, Harrison Irons and Ali Wilburn. And a special thank you to former Crimson Tide cornerback and NFL recruit Levi Wallace for joining the event as a special guest “Star!”

See more photos of the night on Facebook. Thank you to Scott Butler for lending your photography talents! 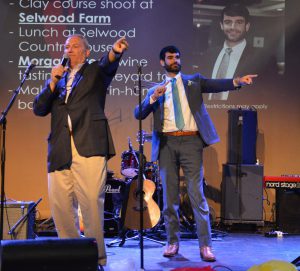 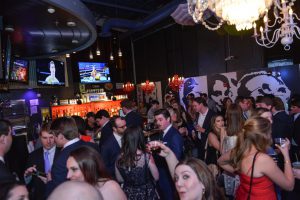 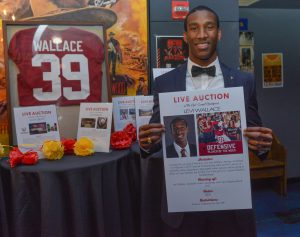