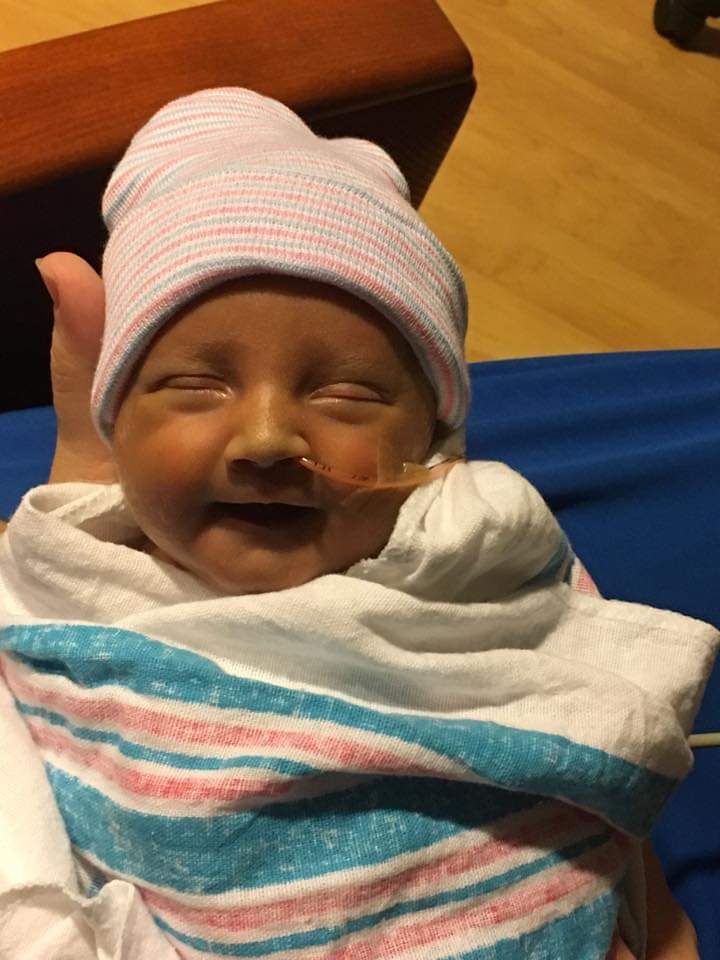 Baby Jasper is a miracle. His mother, Alisha, thought she would never be able to carry a child of her own due to several health issues. She got the surprise of her life when she was at the ER earlier this year for a different reason.

“One night I had a cold and went to the ER for a breathing treatment. Well, you have to do a urine test before they’ll do an X-ray. And the doctor came in and said, ‘We can’t do an X-ray on you because you’re pregnant,” Alisha said. “Of course, I didn’t believe him so I told him, ‘No you have the wrong patient!'”

Doctors tested Alisha’s  blood and confirmed her pregnancy. So she called her gynecologist the next day to figure out the next step. Alisha has poly cystic ovary syndrome and is at risk for diabetes, which is why she thought she couldn’t get pregnant. As it turns out, doctors told  her that one of her medicines meant to manager her diabetes helped clear up her poly cystic ovary syndrome, which allowed her to conceive.

In late September, Jasper wasn’t doing well following a fetal non-stress test so Alisha’s doctor transferred her to Birmingham over concerns for Jasper and Alisha’s health. Jasper was born by emergency c-section on September 26 at 32 weeks. He went into the UAB Women & Infants Center RNICU for specialized care.

The day she was discharged from the hospital, Alisha and Andy were on edge, unsure of what was next. Jasper would remain in the RNICU for the time being but of course, they didn’t want to leave him. And with their home in Randolph County an hour and a half away, they couldn’t imagine driving back and forth each day. 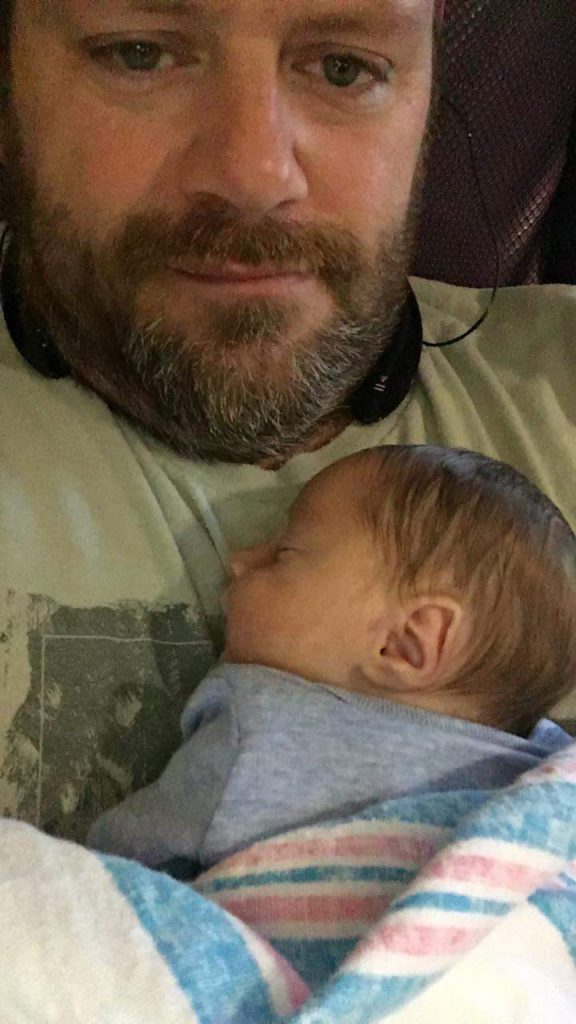 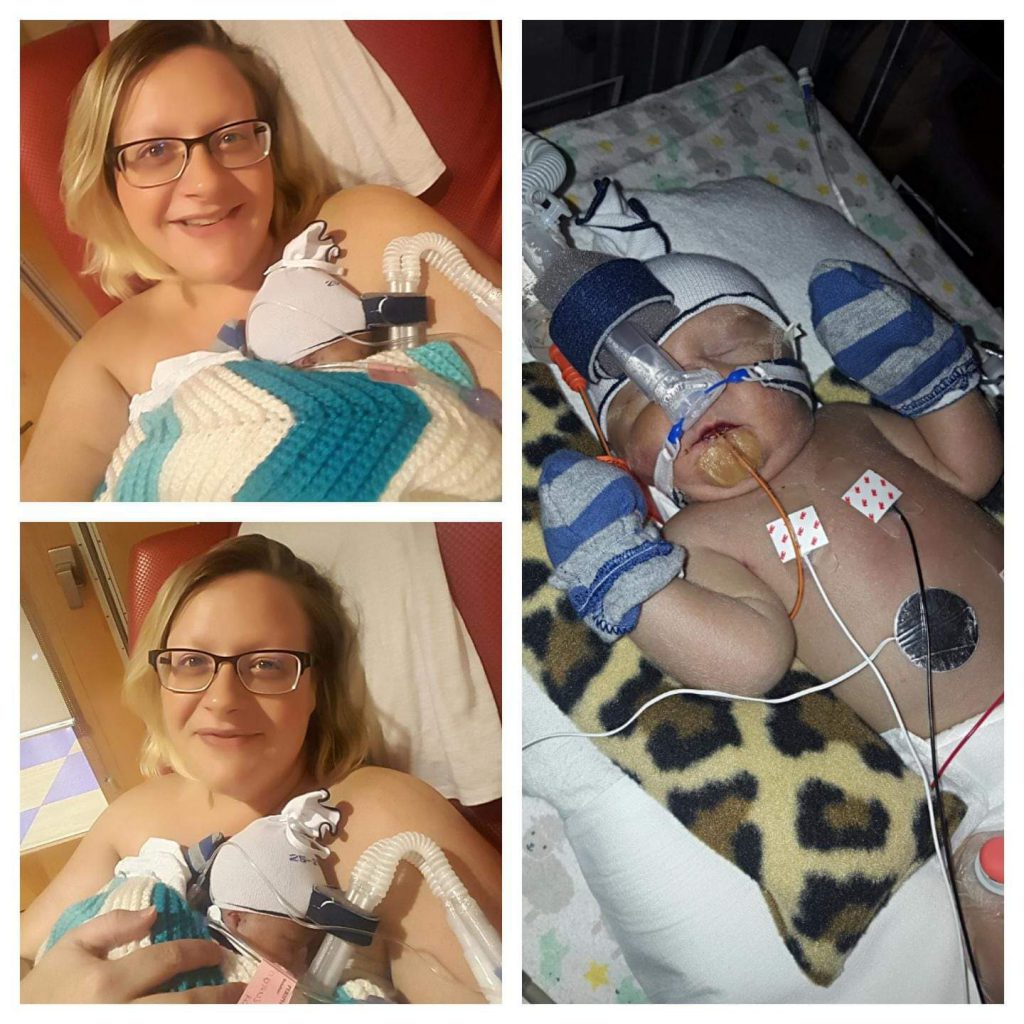 She says their hospital social worker had made a referral for them to stay at the House but they didn’t know what to expect.

She says that same day her grandfather came to see her and the baby at UAB and he gave her $10.

“He said, ‘This is for you.’ And I told him thank you but I didn’t need it. And he said back, “You’re going to need it here in a little bit. Don’t fight me on it,'” Alisha said.

And as her grandfather and father were leaving after seeing Jasper, Alisha and Andy got the call that a room had opened up for them at the Ronald McDonald House.

“Me and Andy both hit our knees and just prayed. So we rushed over here to get set up,” she said.

Following Jasper’s birth, he did have some breathing issues and doctors had to give him antibiotics for an infection. But overall Alisha says he’s done well. So well that his nurses call him a miracle baby!

“Staying at the Ronald McDonald House has meant a great deal to us because I’m able to go be with my child every day,” Alisha said. “After sitting there all day in the room with him it’s great to have a place to come back to and sleep, and have food, and not worry about where your next meal is going to come from because there’s food here you can eat.”

Each day, Andy leaves by 4 a.m. to get to his work 45 minutes away from Birmingham and Alisha often does chores like laundry before going to the hospital. Like many things at the Ronald McDonald House, laundry supplies are free to the families so it’s one less financial worry on them. Andy comes back to the House after work and is able to eat and see Jasper before he and Alisha go to bed.

“It’s a blessing that really doesn’t cost a whole lot to stay at the Ronald McDonald House because your life at home goes on. You still have bills, your mortgage payment. None of that stops even though your life has stopped because your child is sick,” Alisha said.

Alisha says it’s tough but “you have no choice but to be stronger than you’ve been before.”

“We’ve met several families here and everybody shares their stories with us. It’s so important, I’ve realized, to talk to people. I’m a very shy person but this place has helped me open up. It makes you feel better. It makes you feel like, ‘OK, I’m not doing this by myself,'” Alisha said.

Alisha says one of the most amazing things is that other families ask her and Andy how they are doing. She says they understand that while so much attention needs to be given to a sick child, it’s also important for parents to be OK.

“You don’t ever stop and think about yourself. It threw me off track. And I hadn’t thought about it,” she said. “It’s nice to have that kind of support while you’re here. Everybody’s in that same boat, fighting the same battle. It’s a different battle for every kid. You’re up here, you’ve been torn from your home and you’re here for one purpose and it’s to take care of your child.”

Alisha says this journey has made her so appreciative of life. It gives her hope to see the progress that Jasper has made and she’s grateful for how well he’s doing.

“Before you come here, you do your day-to-day life. You see stuff on TV about the Ronald McDonald House but until you live it, you don’t appreciate what happens here and what it means when a child is sick,” Alisha said.

Jasper continues to make progress so Andy and Alisha hope that he will be discharged soon from the hospital. But until then, Ronald McDonald House Charities of Alabama will continue to provide a place of respite and comfort for them!

We hope that reading Jasper’s story has moved you as all our Family Stories do. But now, we need your support! Our House is full every single night with 73 families who want nothing more than to be close to their sick child. Please donate or volunteer today to help us continue our mission!

Update! Jasper has been discharged from the hospital and the family is home! We wish them all the best.