In Tribute to Our Beloved Max 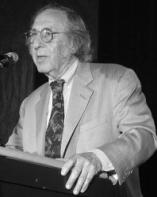 As we processed and reflected on the passing of Max Cooper, we cannot help but think of the impact he had on over 37,000 families who called Ronald McDonald House Charities of Alabama home over the 36 years since the House’s founding. As co-founder of the fifth Ronald McDonald House in the world, Max was instrumental in bringing the charity to Birmingham.

His contributions will continue to make a difference for many years to come. It is because of Max’s donations that both the first House built in Birmingham and the second opened debt-free, the first (and second) to do so within the global organization. Because of his help and love for children and their families our House is truly The House That Love Built®.

During Max’s 99 years, he touched many lives. He worked for McDonald’s for over 55 years, but was known for saying he “never worked a day in his life.” He did not consider what he did work because he loved it!

Some refer to him as the “godfather of the Ronald McDonald House” here in Birmingham. There was never a time when he didn’t ask if there was anything any of our families needed, and what specifically he could do for them. He always had a smile and a sparkle in his eye.

We plan to make Max proud by providing a place for families to stay that is very close to their child’s hospital room when traveling to Birmingham for medical treatment. He will be so missed, but he will live on through the lives he has touched and will continue doing so through the legacy he has enabled at RMHCA.

Max will forever be known for his big heart and his desire to make the world a better place. He was able to incorporate his passion into his work, a goal that only truly successful individuals achieve. If you would like to honor Max, we ask you to remember his own words the next time you are at a McDonald’s restaurant, “drop your change and make a change.”

In lieu of flowers, the family suggests memorials be made to the Ronald McDonald House of Alabama which can be done online or by mail to 1700 Fourth Avenue South, Birmingham, AL 35233.

Max Remembered in the News

Max Cooper, who owned more than 40 McDonald’s restaurants in Alabama, has died at 99  (via al.com) 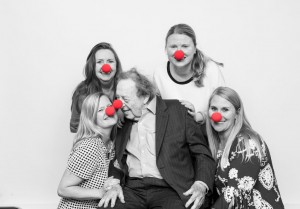