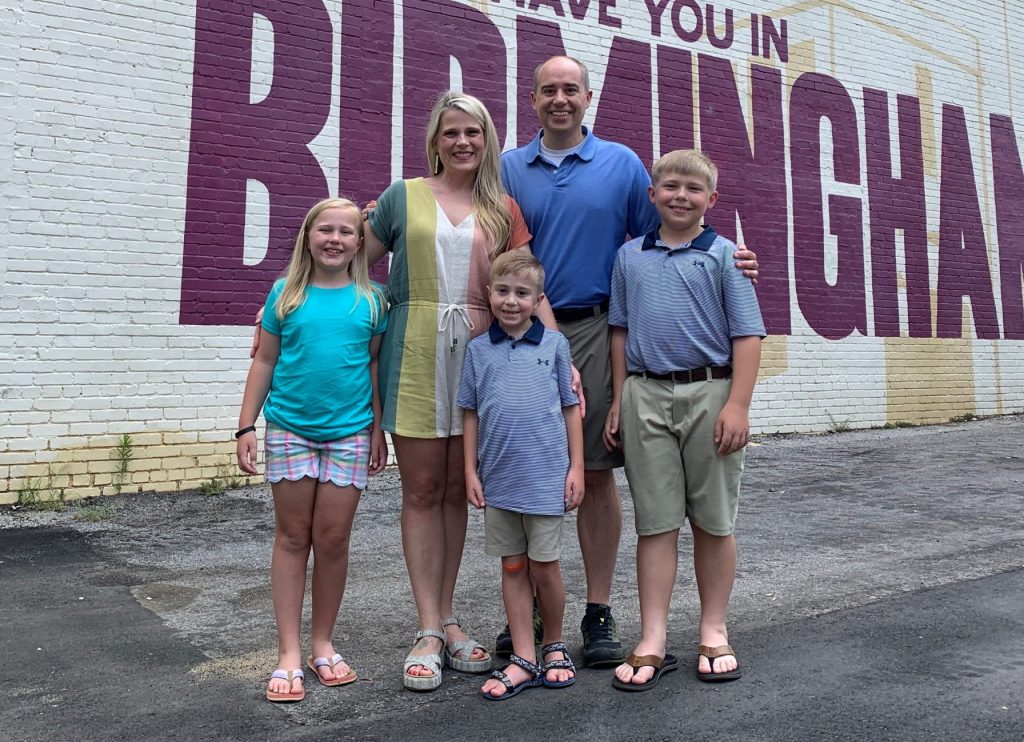 The following is a guest blog written by Lacey Simpson in January 2016. This piece has been updated to include recent photos of the Simpson family.

If you would have told me a year ago that our family would have an extended stay at the Ronald McDonald House in downtown Birmingham, AL, I would not have believed you.

A year ago, I wasn’t even 100% sure what RMHC was or what services they offered.

In the early hours of May 8, 2015 my life changed forever. I went into labor at 36 weeks with my third child, Brody. Anxious and excited, my husband, Jason, and I loaded the car and headed to the hospital.

After several hours of waiting, my doctor arrived and I knew we would be meeting our son very soon. We were told at birth that Brody had a birth defect that would need immediate attention and he was swept off to the NICU at Huntsville Hospital. We learned more about Brody’s condition and the type of surgery he would require while I was in recovery. Since our son had this certain birth defect, doctors decided to run additional tests to ensure nothing else was wrong. My husband and I had no clue that what once was a happy and exciting occasion would soon become a time of fear and unknowns. 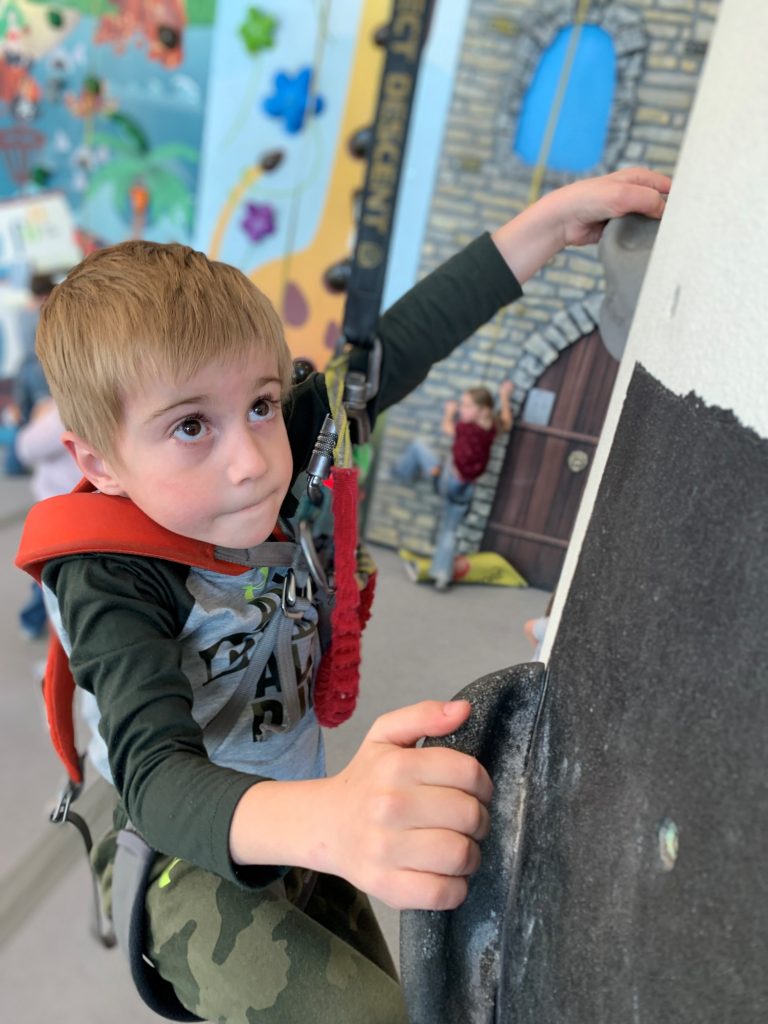 As we relaxed in our hospital room and began contacting family and friends regarding Brody’s birth, our pediatric cardiologist entered the room and said the words we will never forget: “There is something wrong with Brody’s heart and he will need to be sent to Children’s of Alabama in Birmingham.” 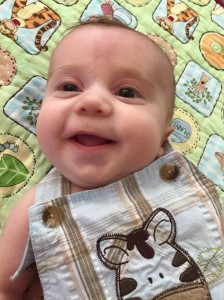 Brody was airlifted to Children’s of Alabama from Huntsville Hospital on May 10, 2015. My husband and I were not far behind, but had to first go home to pack for a hospital stay that was indefinite at that point and to say goodbye to our other two children who we would be leaving behind to stay with my parents. We arrived at Children’s unsure of just about everything. Brody spent his first night at Children’s in the NICU. The following morning he would undergo his first of many surgeries. Since Jason and I moved from Birmingham to Huntsville in 2011, it still felt like home and we still had close friends and family who lived near.

Jason decided it was best for me to stay with my aunt and uncle the first night as I was still recovering from a c-section. It was wonderful having family near, but near wasn’t quite close enough when it came to my very sick baby. My aunt and uncle live in south Shelby county, so it took at least 30 minutes without traffic to get to the hospital from their home.

After his first night in the NICU, Brody was moved to the CVICU where we would wait for him to gain strength in order to be ready for open heart surgery. We learned that Brody has a rare congenital heart defect known as Shone’s Complex.

His heart was working overtime to pump blood to the rest of his body due to a coarctation in his aorta. Our son was in heart failure and doctors were managing it with medication until it was time to operate. During this time of waiting, Jason stayed each night in the CVICU with Brody while I left each night to stay with my aunt and uncle.

We were on the waiting list for a room at the Ronald McDonald House and the wait seemed like an eternity each night I had to be torn away from my sick baby’s bedside. The fear of losing your child is very real when you are in a situation like ours. I was most afraid that something would happen to Brody in my absence and I would miss that moment to say goodbye.

We received a call on a Sunday morning, a week after being admitted to Children’s, that they had a room available for us at the Ronald McDonald House. The relief I felt that I would be footsteps away from my baby was almost unimaginable. Jason and I gathered our belongings and went to register and move into our new home away from home during shift change that Sunday night. I had one of the best nights of sleep since giving birth to Brody that first night in our room. It was quiet, the bed was comfortable, and most of all I was able to be with my husband only steps away from our son.

On May 21, 2015 Brody underwent open heart surgery to replace his aorta. His open heart surgery was a success, and Brody was able to go home after a month spent at Children’s of Alabama in the CVICU. Since then he has had 3 additional surgeries requiring up to week long stays. Our family is forever grateful for the services Ronald McDonald House Charities offers to families like ours.

The Ronald McDonald House gave us a comfortable place to rest at night in order to take better care of Brody during the day. We are thankful for the friendly staff at the Ronald McDonald House, the close proximity to Children’s of Alabama, and the well taken care of facility that helped to meet our immediate needs during one of the toughest times in our life. 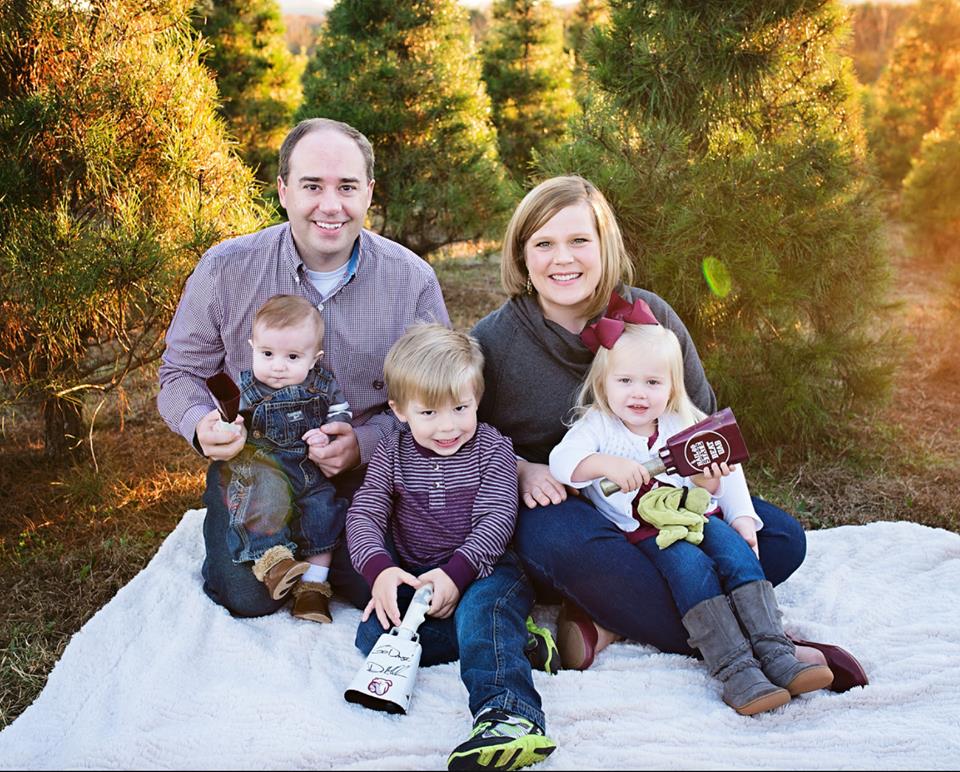