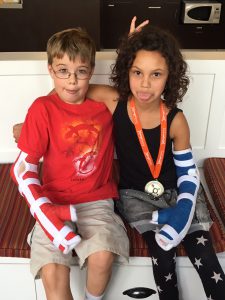 When Penelope, ‘Penny’ as her friends call her, was told she would have to come to Birmingham for therapy, she didn’t know what to expect. Not many 9-year-olds would. Penny and her family live in Hobbs, New Mexico, a fifteen-hour drive by car from Children’s of Alabama, where she would receive her treatment.  None the less, Penny and her mom made the trip to Birmingham for a three-week intensive constraint therapy program.

At the age of 7, Penny suffered a stroke which caused hemiplegia on her right side. Over the past two years, her family has worked hard to make sure she has received the best care possible. However, Penny has struggled through the process for more than medical reasons. In her hometown, she didn’t have contact with any children suffering from her condition. She doesn’t have any friends who understand what she is going through. Her two brothers have helped her adapt and have made sure that she didn’t forget how to be a kid, but it has still been hard for her.

The therapy program at Children’s suggested Penny and her mother see if they could get a room at the Ronald McDonald House. The program is three weeks and the family lives too far to travel back home during that time. When Penny and her mom got a room at the House, they felt comfortable knowing they at least knew where they would be staying. They didn’t know the amazing friendship it would spark. 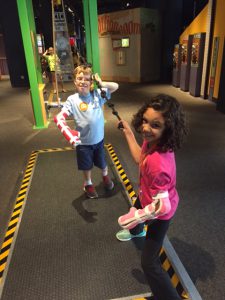 Penny got to know Nolan, another RMHCA guest, who just happened to be going through the same therapy at the same place for the same reason. The kids became instant best friends. Nolan, like Penny, had traveled far from home. Nolan’s family is from Connecticut, but had been to Birmingham several times for treatment.

On any given day during their stay, you could find Penny and Nolan together (or sitting at the door waiting for the other). While they did not have any therapy sessions together, they did do their “homework” together at the House. They ate dinner together, watched TV together, went to McWane Science Center together and enjoyed game and activity nights together.

“He is like me, we are the same. We talk about how everyone else talks about us,” Penelope told us when we asked her why she liked being friends with Nolan.

These two are now back home — in New Mexico and Connecticut — but they will forever be friends. They have promised to stay in touch and plan to schedule their trips to Birmingham at the same time.

This story is just one example of the types of relationships that are formed at this House. The House that Love Built®.

If you are interested in supporting a family, like Penny’s or Nolan’s, you can give online {here}. 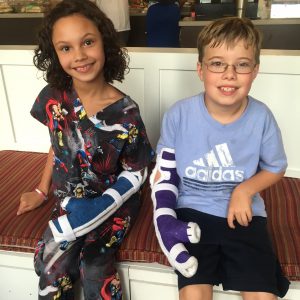