Former guest family called to give back through Red Shoe Run 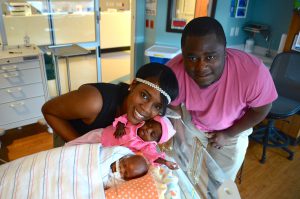 Eboni and Emanuel Stephens truly know how much uncertainty, hope and joy families at the Ronald McDonald House go through.

In February of 2015, they found themselves scrambling to make arrangements when their twins, Emery and Emanuel Jr. were born prematurely. After the twins were admitted to the NICU at Brookwood Hospital, traveling every day from their home in Selma wasn’t something Eboni and Emanuel wanted to consider. Thankfully, they didn’t have to. For four months, the Stephens were able to find rest and comfort at the Ronald McDonald House.

“Being in close proximity of my babies, it was our “home-away-from-home.” There’s nothing like being with your family,” Eboni said.

Emery was discharged from the NICU three months later, but Emanuel Jr. had become very ill and had been transferred to Children’s of Alabama.

“I felt helpless because I couldn’t do anything for him. Being able to go to the hospital at any time and be in conversation with the doctors and nurses made life a little easier for me. Although it was quite difficult, I was just a walk away rather than traveling two hours to get to my baby,” Eboni said. 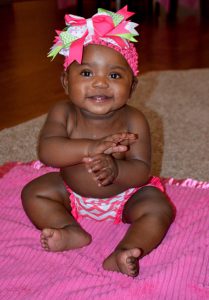 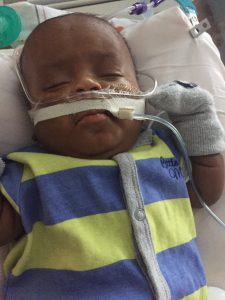 The Stephens were just a walk away from Emanuel Jr. while they stayed at the Ronald McDonald House. (Courtesy: Stephens Family)

Sadly, Emanuel Jr. never recovered from his illness and passed away in the fall of 2015. As the Stephens built their life with Emery and welcomed their second son, Emerson, to the family in 2017, they felt called to give back.

“My husband would always ask, ‘What more can we do together, as a family?’ We were looking for a way to give back to the community and luckily April Dickerson [RMHCA Director of Family Programming] came to us with the idea of Red Shoe Run,” Eboni said.

Each year, Red Shoe Run brings together supporters, runners, former guest families and fundraising teams from all across the state of Alabama to benefit the families served by Ronald McDonald House Charities of Alabama.

“Why not help? With Red Shoe Run, you don’t have to run! You can walk. Even if you don’t feel like getting up that morning, I have a lot of people who’ve said, ‘Hey, I’m still going to donate. I’m going to hit the snooze button but I still want to be involved!’” Eboni explains.

In the matter of weeks, Team Eboni has already raised more than $1,000 to directly support the families we serve!

The celebration of fundraising, families, and the mission of RMHCA will happen on March 16, 2019 at the Red Shoe Run: Rockin’ 5K!

We urge all of our supporters to celebrate with us at this meaningful family-friendly event. All of us at RMHCA are excited for the biggest year yet that will include music on the course, a block party following the walk/run, food trucks, vendors, and a kids zone! 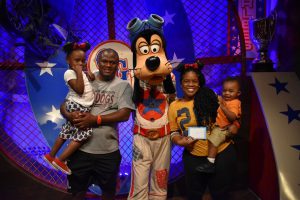 Will you join us to make this the most impactful Red Shoe Run ever? All proceeds from this event directly support over 5,000 families served annually through our various programs. To get registered, donate, or start a team, visit www.redshoerun-bham.org.

“We can’t wait to see the families that are there at the Ronald McDonald House. And we’re so grateful for the people who are giving back to an organization that I could never pay back everything they have done for me and my family,” Eboni said.