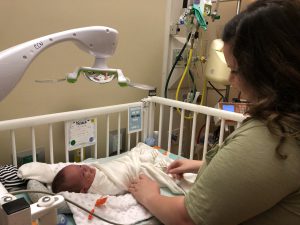 Mother’s Day is a time to thank the mothers in our lives for their unconditional love and support. It’s also a time for us to celebrate the unending strength and determination a mother has in taking care of her children, especially when they are sick or injured.

Kaley Plunkett and her mom Dorinda Littrell have spent three months away from their home in north Alabama to do whatever it takes to make sure Kaley’s son, Knox, is loved and supported.

Things are looking bright and hopeful for Knox but his birth was a little rocky.

When Kaley was 20 weeks pregnant with Knox, her doctors put her on bedrest because of a condition that could cause premature birth. She was doing well until 24 weeks when she began to dilate and was sent to UAB Hospital, two hours away from her home in Lexington, Alabama. 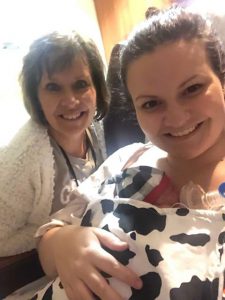 It’s hard to imagine the stress of waiting to see if Kaley could continue carrying Knox or if he would be born any minute. Since Knox would almost certainly be premature and need care in the NICU for some time, Kaley and her family were also worried where they could stay close to him while he was in the hospital.

“It was stressful not knowing what we were going to do. We live 2 hours away. We can’t drive every day. We can’t afford a hotel,” Kaley says.

Three weeks after arriving in Birmingham, Knox was born prematurely at 27 weeks and weighed just 2 pounds.

When Knox was born, there was a waiting list at the Ronald McDonald House but thankfully, a room was open the day Kaley was discharged from the hospital.

“It was so nice just being able to “move” once and be here at the Ronald McDonald House,” Dorinda says.

“Having your own space here, you don’t have to live out of a suitcase,” Kaley says. “There’s space for your stuff in the kitchen. Everyone here is so nice and they ask how Knox is doing and it feels good. It’s our home right now.”

Kaley and Dorinda believe being with Knox every day has made a difference for him too. 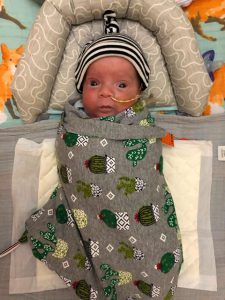 “We get to do more of the skin-to-skin contact and they say that’s huge for improving his heart rate and oxygen. And being able to nurse him is huge too,” Kaley said. “We’re able to be here all the time with him. If we had to drive back and forth, we would be giving up four hours a day with him.”

Being just a block away from the hospital has other benefits too when a child’s condition is constantly changing.

“One night, we had just gotten back to the House from the hospital and they called us, saying Knox had to go back to the NICU. We could immediately get back over there to see what was happening,” Kaley says.

“If we had been home, two hours away, we would have come back but that would have been hard,” Dorinda adds. 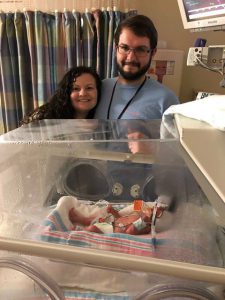 In the weeks since coming to Birmingham, the family has banded together to make sure someone is always close by for Knox. Kaley and Dorinda stay at the House during the week and then

Dorinda swaps out with Kaley’s husband, Joey, on the weekends. Kaley’s father is the driver for these trips so he gets to see Knox and Kaley as well.

The Ronald McDonald House has also given the family time to celebrate together.

“When it was my niece’s birthday, mom made cupcakes and we had a little party with presents for Aria. She also got to pick out a toy from the toy room,” Kaley recalls. 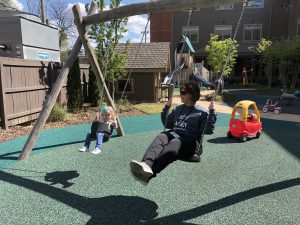 After the party, Dorinda and her husband looked after Aria so Kaley could take her sister and brother-in-law to go see Knox.

More than anything, the women are grateful to the House for allowing their family to be together.

“It’s stressful enough having a preemie. Seeing Kaley able to be with Knox and letting her be the mom she wants to be without the worry of driving back and forth is huge,” Dorinda said.

“It’s a big relief knowing we have this option for the future too because I know we’ll have to come down for more appointments,” Kaley says.

Thank you to everyone who has supported Ronald McDonald House Charities of Alabama already this year. If you haven’t already made a gift, we encourage you to make one today in honor of all the mothers fighting for their children!