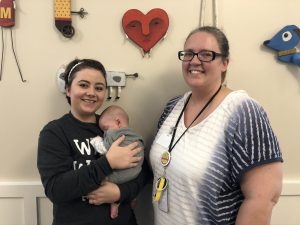 Brother Dale was discharged before Zack so he gets lots of attention at the House!

The Ronald McDonald House is more than four walls and a roof. It’s a common phrase at the House that the families know so well.

An important part of RMHCA’s mission is to make sure families have the support network they need on their child’s medical journey. So it’s wonderful to see parents like Trish make friends with other families.

“Caitlyn sent me a Facebook friend request,” Trish says. “I’d seen her around the House but we hadn’t spoken much. And then we were in the family kitchen one night, started talking and then we haven’t stopped!”

And the women have needed a support system here in Birmingham after going through very tough circumstances. Both were rushed to Birmingham for emergency deliveries. Oakley was given a 17% chance of survival because he was born so early. Baby Dale died for 18 minutes about a day after his birth but doctors were able to revive him. Then at the end of April, little Zack contracted a potentially fatal disease called NEC. This meant Zack had to continue his NICU stay while Dale was able to be discharged and stay at the Ronald McDonald House with Trish and dad Jeffrey. 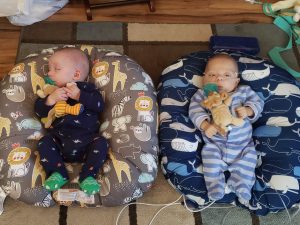 But through it all, their friendship and the Ronald McDonald House have helped keep them together.

“At the Ronald McDonald House, we have some place safe, and it’s close to our children. I know I have food and meals. Now that Dale has been discharged from the hospital, I can keep him with me. This is my second home now,” Trish says.

But really, Ronald McDonald House families are more than friends. They look out for each other in so many ways. 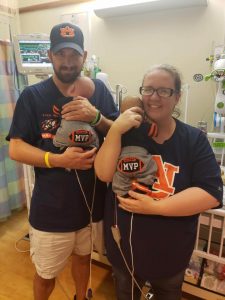 Trish and Jeffery were able to visit the boys frequently because the House is so close to the hospital.

“I’ll never forget this because it meant so much to me. Trish and Jeffrey went to the grocery store and bought me food because they saw I only had a few things!” Caitlyn says.

“I checked her bin to try and figure out what she liked!” Trish laughs.

Trish says that the families also cry together, share advice and have a bond that only they can have because of their circumstances.

“People don’t understand. It’s not just your baby [you care about]. I check on Oakley multiple times a day, I check on other babies,” Trish says. “I’ve met another family because they came to me to ask about a condition Zack had because their baby had it too.”

Trish and Caitlyn’s relationship also show how small the world can be. They didn’t know each other before coming to the Ronald McDonald House but Trish and Jeffrey will be moving to Caitlyn’s neighborhood when they return to Dothan. 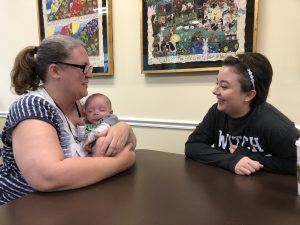 Trish and Caitlyn even have “their table” that they like to sit at in the family dining room.

The moms are comforted by the thought that once they are officially home, they will still have the support they rely so much on.

Until then, RMHCA is grateful to everyone who support our mission so Trish and Caitlyn have not just a place to stay, but a place to be supported.

If you haven’t made a gift yet this year or would like to volunteer, don’t wait! Make a donation today and learn more about our volunteer opportunities.