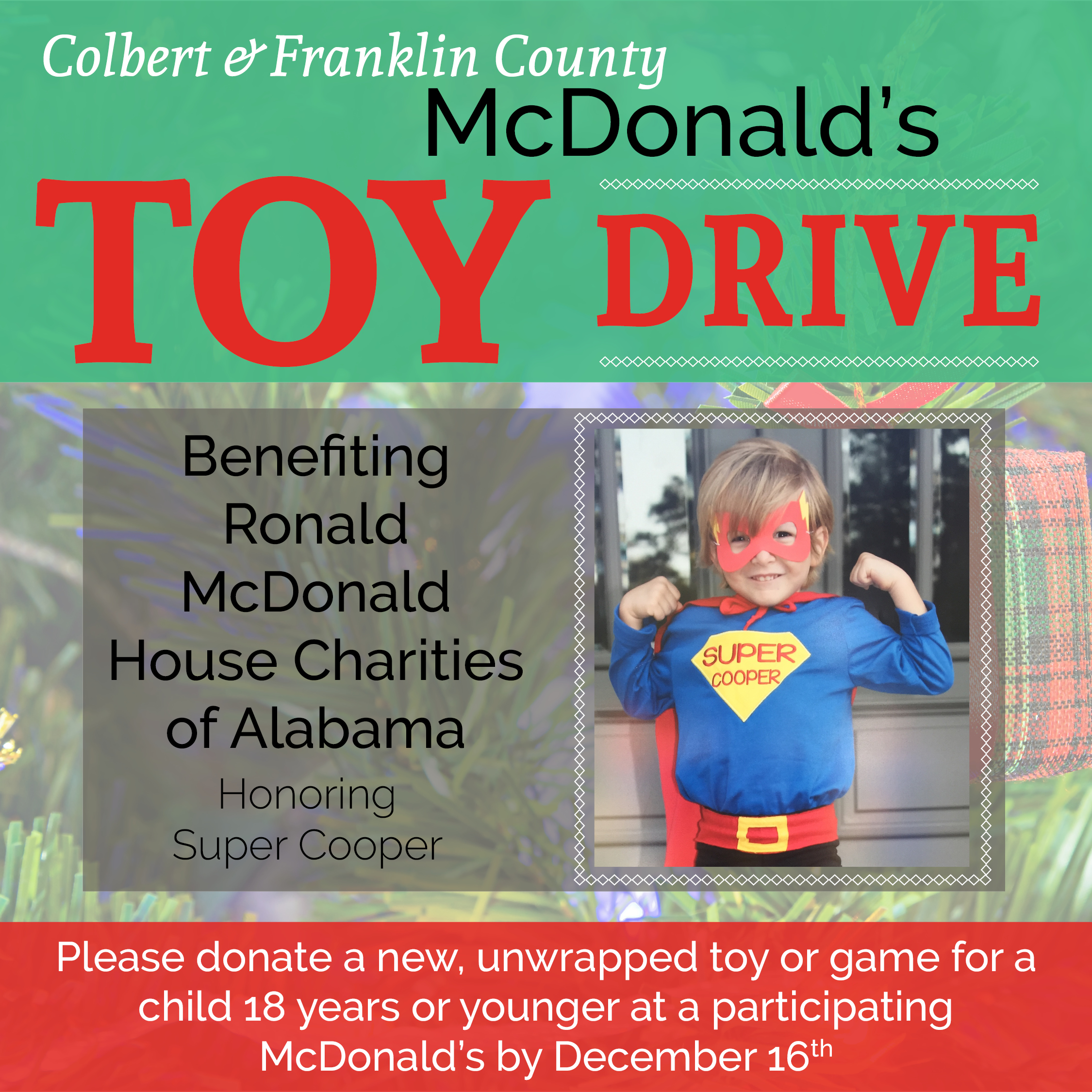 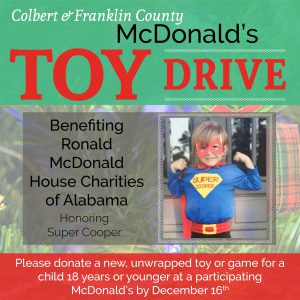 You can join them by donating a new, unwrapped toy or game for a child 18 years or younger by December 16th.

Drop off toys at one of the following McDonald’s locations: