Bar ‘Tal Family: A world away from home 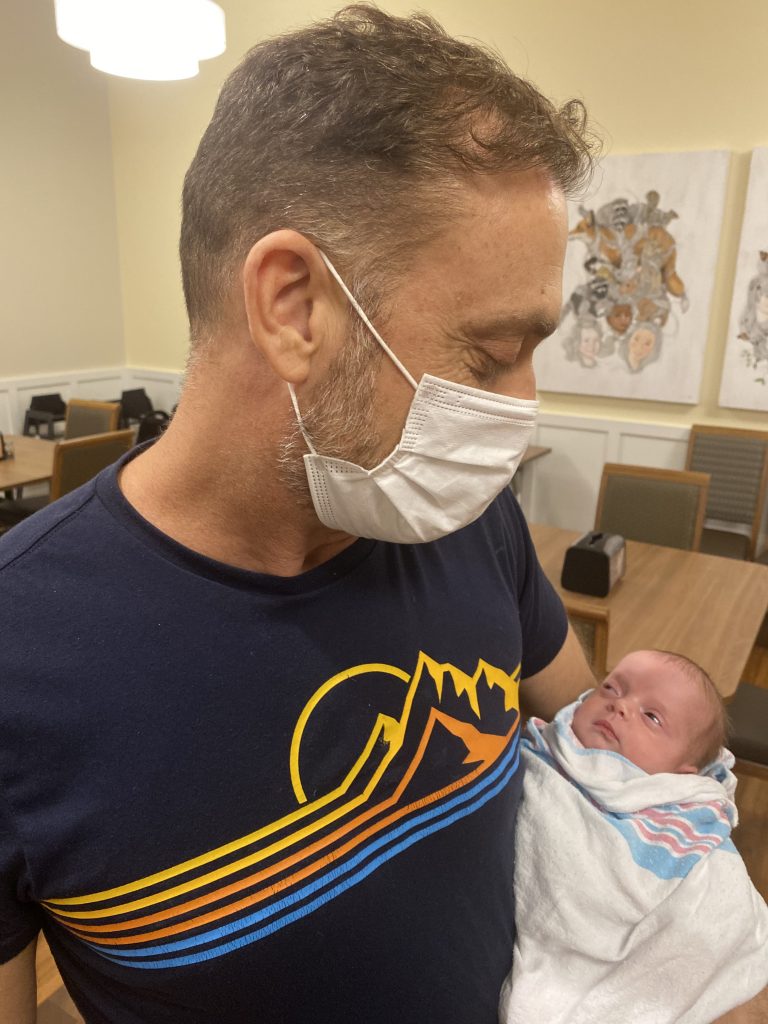 Your support for RMHCA has given children and parents like Omer and Yahav Bar ‘Tal the strength to face a terrifying medical situation.

Yahav has hoped and dreamed for years of having a child of his own. As a staff, we are amazed by his spirit, determination and love — his partner, who started the parenthood journey with him, decided they could not continue on that path but Yahav never gave up, working two full time jobs for 7 years to afford the IVF procedures, find a surrogate and then travel from Israel to the United States for Omer’s birth.

Yahav planned to remain in Israel until closer to his surrogate mother’s due date but he suddenly received a call that she was in pre-term labor due to preeclampsia. He immediately flew to the U.S., not knowing where he would stay or even fully understanding what he needed to pack. Thanks to our wonderful social workers at the hospital, Yahav was connected with the Ronald McDonald House.

Omer’s surrogate mother safely delivered her in mid-February 2021 and little Omer needed to stay in the NICU for several weeks.

Yahav says the only thing that gave him the strength to face this stressful journey “alone” were the friendships he made with other guest parents and the staff at the Ronald McDonald House. But thanks to your support, Yahav wasn’t ever truly alone. He had a group of other NICU parents to meet with each night in the Ronald McDonald Family Room; he had staff members asking him each day how he and Omer were doing; and he was even able to connect with another Israeli family here in Birmingham.

“I want to thank you again for you and the wonderful team you have at the Ronald McDonald House. I would not have gotten through this without you all. God Bless and a huge hug from me!” he says.

Omer and Yahav’s story shows the power of your love and support: children and their families are provided for physically, financially and emotionally at RMHCA so they can focus on getting better! Thank you!

Ready to help? Make a gift here … provide a meal … or join a community event!