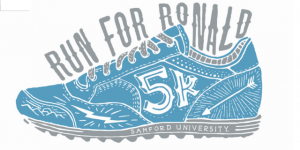 “The chapter is feeling great! Despite the rainy and cold weather, we all had a wonderful time supporting the organization that means so much to all of us!” Philanthropy Chair MaryBeth Wagner.

Ronald McDonald House Charities of Alabama extends our thanks to all the ADPi Kappa ladies for hosting this event! The members are regulars around the House, cooking meals, helping at events and hosting fun family activities. Last year, they raised more than $40,000 for RMHCA and broke a Samford University fundraising record.